See How Walloon Lake Inn Stays One Step Ahead with Orderly

“Saved $7 per case because of Orderly…”

When it comes to keeping locally sourced food on the plate, few people are as dedicated as Randy Hopkins.

Randy is the proud Chef at Walloon Lake Inn, where almost every single ingredient he uses comes from Michigan, the state the restaurant calls home. Everything in Randy’s kitchen is grown by hand and made by hand – and he needed a service that allows him to focus on his craft, not his stack of invoices.

Orderly gets you the accurate numbers you need without the hassles – you know, the ingredient lists, price updates, and tedious counting – and that’s exactly what Randy was looking for. He didn’t want to keep spending hours every month with his head in a spreadsheet trying to calculate food costs and inventory. Now, with Orderly, he just has to snap photos of his invoices and they’re uploaded right into the system, logging the costs on all of his purchases.

Beyond tracking his food costs, Orderly has helped Randy save money by giving him power when he meets with suppliers. Recently, he had a new supplier rep come in trying to get him to switch his paper towel order. The new supplier was offering $32 a case, but thanks to Orderly, Randy knew he was already only paying $27. So what was the final price he was able to negotiate? $25
a case.

Randy also found Orderly’s support team to be particularly helpful. On one particularly crazy Saturday evening, he was having trouble. He fired off an email to one of Orderly’s team members, Nancy, who was able to provide him with immediate, late-night help.

Download the Customer Success Story
With Orderly, I could tell exactly what I was paying. I just got it right from the app. “I don’t understand how people have made it without Orderly.” “In most cases, I knew more about what's going on than [my vendors]. And knowledge is power.” 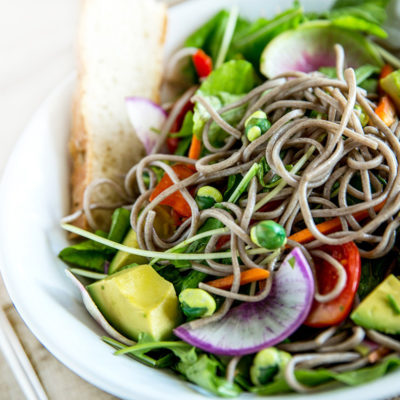 “[Orderly] is very approachable for anyone. It's very organized and will evolve with you.” "[Orderly] is such a crucial part of keeping us afloat."